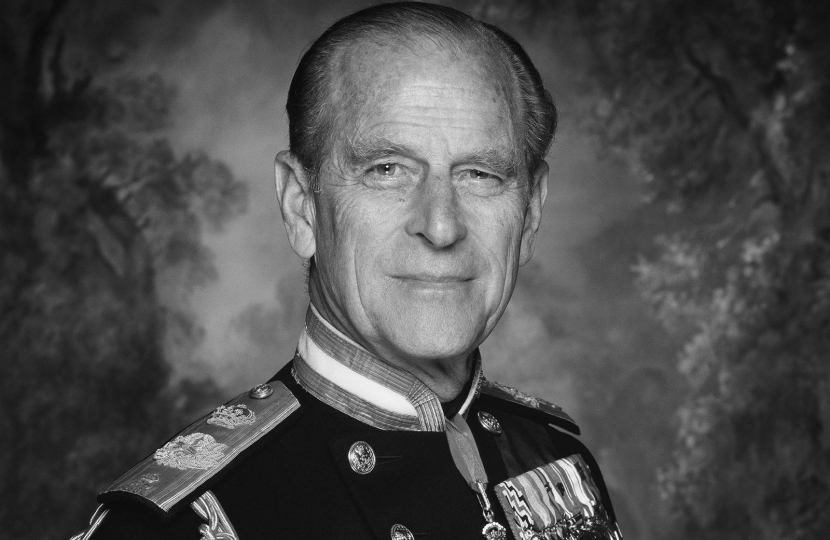 Last Friday, when the death of His Royal Highness, Prince Philip, The Duke of Edinburgh was announced, both our District and the Nation were united in their collective grief for a much-loved member of the Royal Family. Prince Philip had been at Her Majesty, The Queen’s side for over seventy years – providing unwavering support and devotion. He was a familiar sight at many public engagements as a companion to the Queen, but his commitment to the United Kingdom and Commonwealth’s communities and charitable endeavours, in his own right, was also equally admirable.

Remarkably, His Royal Highness was associated with 992 organisations, either as President, Patron, Honorary Member, or in another capacity. These organisations covered a broad spectrum, including scientific and technological research and development, education, conservation, the environment, the encouragement of sport, and the welfare of young people. He is perhaps best known for the charity he founded, The Duke of Edinburgh Charity, which works with organisations across the UK to help young people gain essential skills and develop their confidence to successfully navigate adult life. Many people including myself from across South Kesteven will have fond memories of taking part in the Duke of Edinburgh Award scheme, with this experience leaving a lasting impact on our lives.

Alongside his outstanding national contribution, His Royal Highness had also visited our District on several occasions. In 1961, Her Majesty The Queen and His Royal Highness celebrated the quincentenary of Stamford by hosting a gala at Burghley House. This was followed by a visit to Grantham in 1973 to meet some of the local students taking part in the Duke of Edinburgh Awards. And more recently, in 2013, His Royal Highness visited Bourne, where he opened the Turing Centre at Bourne Grammar School.

It was an honour to join the Flag Raising Commemoration for the 81st Anniversary of the Battle of Britain at South Kesteven District Council with Flt Lt Andy Cutts, Commanding Officer of 47F Squadron along with other representatives from the Armed Forces community in Grantham this morning.