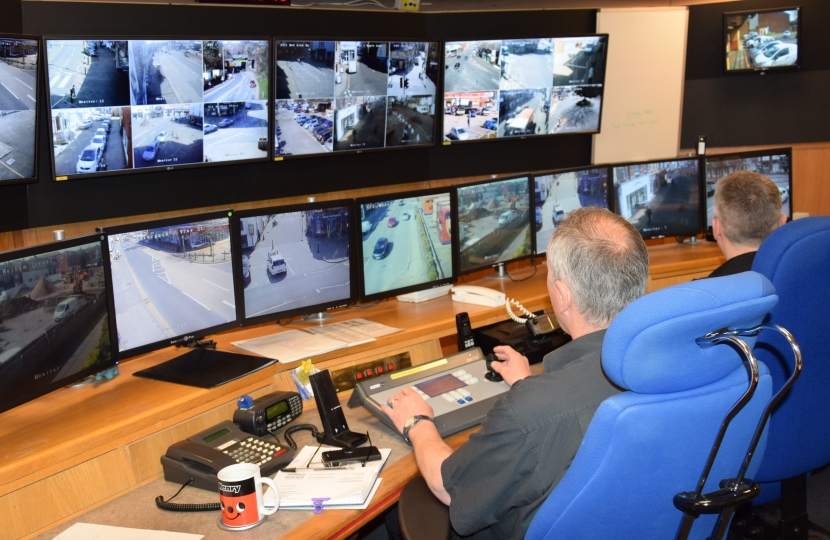 Three groups of alleged shoplifters are being processed by police after being tracked through Grantham and Stamford by CCTV operated by South Kesteven District Council.

The teamwork between the council’s CCTV Control Room staff, local Shoplink members and the police has come in for praise.

“Officers attended and arrested both on suspicion of being in possession of stolen goods. Both offenders charged with multiple offences and remanded for court.”

“This is another great example of the effectiveness of our CCTV and our partnerships across the district.

“The cameras give residents peace of mind and help our partners in law enforcement to increase public safety and reduce crime across the wider area.

“Although this service is not a statutory provision, we are committed to operating it for the benefit of the public and will continue to work in partnership with the police and our communities in tackling crime.”

SKDC operates more than 70 cameras covering public open spaces in Grantham, Stamford, Bourne and The Deepings. They are monitored round-the-clock.

A spokesperson for the CCTV monitoring team said: “Boots reported to us that some suspects had left the premises, so we reviewed the footage and were able to alert all the shops with a description via the local Shoplink radio service for local business. Goods were recovered worth over £750.”

Then this week, two further suspects were seen in WHSmith in Grantham apparently clearing the shelves of chocolate into a bag for life before escaping.

“After we alerted the police and put a message out via Shoplink, we checked the footage and police were able to arrest two people.”

It was an honour to join the Flag Raising Commemoration for the 81st Anniversary of the Battle of Britain at South Kesteven District Council with Flt Lt Andy Cutts, Commanding Officer of 47F Squadron along with other representatives from the Armed Forces community in Grantham this morning.